There is no doubt that a happy and successful classroom needs advanced teaching ideas to lead, scientific teaching methods to implement, and effective management measures to guarantee.


I who teaches at the university of Kentucky Confucius institute subordinate to teach -- than edgewood independent jiada primary school, this semester in grade three, four, a total of eight of the Chinese version of the class of 216 students, as the "class" teaching, that I have a fixed office, but there is no fixed Chinese classroom, need according to the schedule to go to different classes.


In primary school, there is a home teacher in each class. During the Chinese class, the home teacher helps manage the students in the classroom. Theoretically speaking, the classroom with two teachers present should be very orderly. However, I find it interesting that some phenomena are borderless in class management. For example, the class management style of the head teacher is different and the class order is also different, which is the case in both China and the United States.

Writing this heading, I remembered a phrase I had recently learned: tough love. It can be translated simply as "zheng love." My understanding is that strictness is an expression of love and a sign of conscientiousness. I think that's exactly what we need to keep in mind as we teach.

Treat students, especially students who disturb the order of the classroom, both strict requirements, and to have love, can not be put because the students repeatedly naughty trouble. If education lacks strictness and responsibility, what is left is not love.

Classroom to achieve orderly, supporting the system is indispensable.

First of all, it is a good idea to integrate with the management mechanism of the school and the head teacher. For example, I will give feedback to the head teacher about the outstanding students, so that they can be reflected in Class Dojo and Rainbow Chart.

However, as it is a class-based teaching, I have come up with Five Basic Rules in Mandarin Class that are universally recognized by everyone on the basis of fully investigating the "public opinion" :

These five basic principles from the establishment of that day, has been implemented until today, it is my evaluation of students a ruler, is my implementation of rewards and punishments the most basic standards. The purpose of reward and punishment is to strengthen students' sense of discipline.


On the day the code was passed, I led the students to explain each of them, so that they could know what the purpose of the requirement was. This is to do in the subsequent teaching of good students or students who violate the rules and regulations can carry out rational, beneficial, section, fair, just, open treatment.

Especially in the early implementation, repeated strengthening. For example, in class, first count the number of students in each group who are required to put their Chinese folders or notebooks on the desk, get ready for class, and announce which group is outstanding and which one is not. This repeated comparison several times, the habit of students formed, now I go to class, students can hold the notebook high in the hand, even in case I forget, remind me to check.

The prize is a prize

In fact, I am not worried that students get too many awards and become complacent. On the contrary, I don't mean to send certificates and awards to students, and rewards are many, such as I will go to the supermarket to buy fortune cookies (cookies) and jelly, or Party City supermarket buy coin chocolate such as "instant sense" and "visual sense" prize as encouragement, of course, there are many other types of rewards, including can serve as the attendant, time broadcasters "privilege" reward (privilege).

It is about what the prize is and when the prize is awarded, first of all, it is to abide by the "five basic principles", then it is to answer challenging questions or win challenging games, or the Best Dancer/Singer and so on that emerged in the warming up activities. In short, as long as outstanding, can be rewarded. In English, I choose extra-ordinary.


Above spoke about award what, what circumstance can win the problem of award, below I talk about the problem of how award emphatically, namely award method. Here, I will focus on the commendation letter reward mechanism that I have been using.


First of all, let me describe the characteristics of this kind of commendatory letter.

When I was teaching high school students in China, I once visited an online store and found a kind of commendatory letter for kindergarten and primary school students. It was beautifully designed and cheap. Then I implemented this system in the class I taught in high school, which was linked to the class rules. When the money was in circulation, the prize was redeemed accumulatively, and the result was very good.


When I came back to China last summer vacation, I specially brought back some commendatory letters printed in China and the RMB for teaching. Later, I found that the one designed by myself was the best. Because I can design it in both Chinese and English, while the printed version of the commendation letter is only in Chinese, and the face value of the coin used for teaching is too much. When students take this kind of commendation letter home to show off, their parents can know the message conveyed above.

去年暑假回国期间，我还特意带回了一些国内印刷的表扬信和教学用的人民币，后来实践发现，还是自己设计的这种最好用。因为我可以设计成中英双语，而印刷版本的表扬信只有中文，教学用的钱币面值太多，这种表扬信学生拿回家炫耀的时候，家长能知道上面传达的信息。如：Today your kid did a pretty good job during the Chinese class and thus deserved this honour. I expect his/her more outstanding performance. 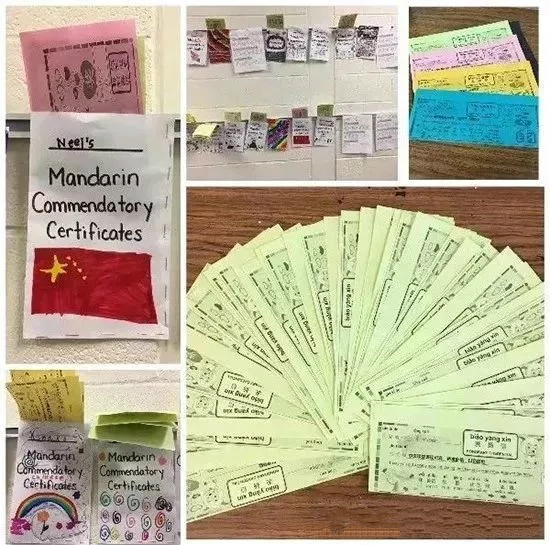 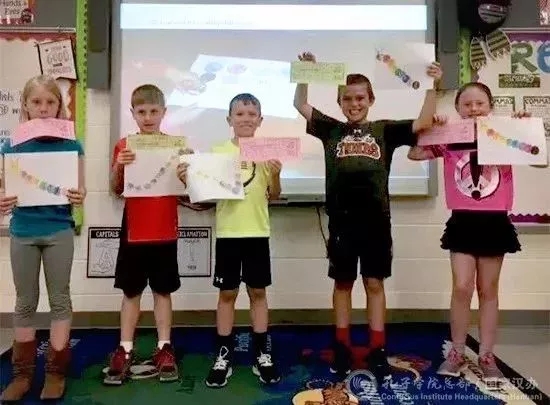 
Personally, I pay a lot of attention to this sense of ceremony, so I try to hold a ceremony when presenting the award, and many other kinds of honor derived from the commendation letter, such as "team of the month" or "good boy" title: 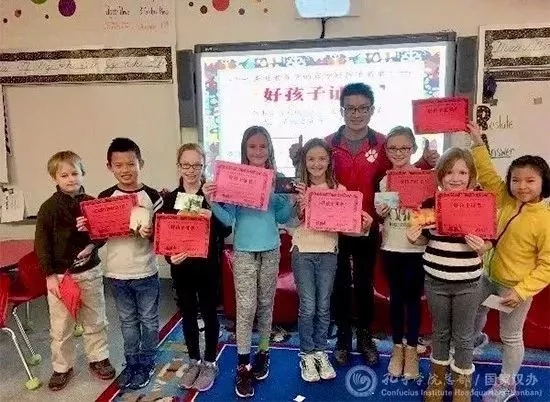 Secondly, I will talk about how to use a compliment letter.

And if they are lost, even if it is really careless, I will not reissue, my explanation is, "I'm sorry, you did not cherish the honor you won, I can't reissue it to you, try again next time", this is what I said "right". The following picture was taken by one of my classmates. I don't remember how many honors she won, but she was well preserved. 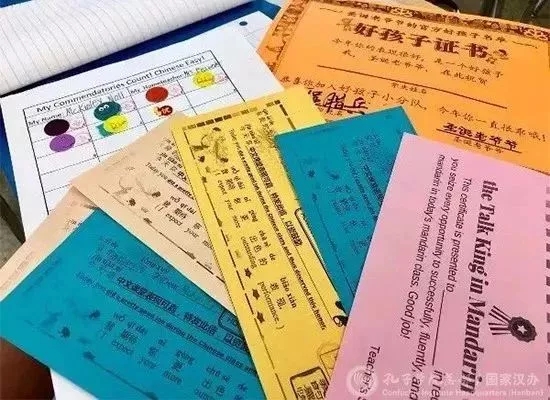 As for the use of the commendation letter, it is very simple to make the commendation letter act as a coin, which can be bought as the above mentioned "physical objects", as well as "privileges", such as the Teacher's Assistant position, and exercise the specific rights I have stipulated, such as the lead singer and the sending and receiving of learning materials. When these positions are awarded to outstanding students at a certain stage, I will have a little ceremony and issue a formal letter of appointment. 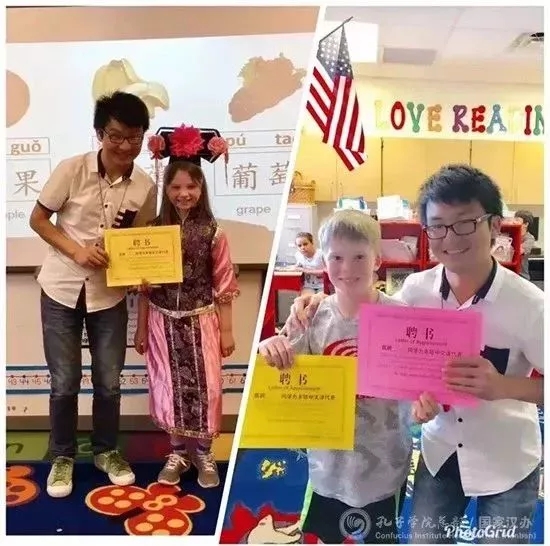 In addition, you can buy the belleye, princess dress and rent a chance to wear such clothes in class and at home.

The "consumption place" of commendation letter is my office, the student can choose the goods on shelf (bookshelf) independently, mark the price clearly, make some special price or clearance price occasionally pull atmosphere. Students can either "get it and get it" or "buy" a huge prize at a time.

I will also set a deadline at the end of the semester, and limit the expiration date to be invalid. I will arrange the last class of the semester as a film and television course, and all students will watch the film. Then I will sit in the back of the classroom, set up a booth and start accepting "consumption" (exchange). In this way, did not exchange the award can quietly find me to exchange the award, has already exchanged the award or did not get the letter of commendation sit in place quietly watching the movie.

When the penalty penalty, equally 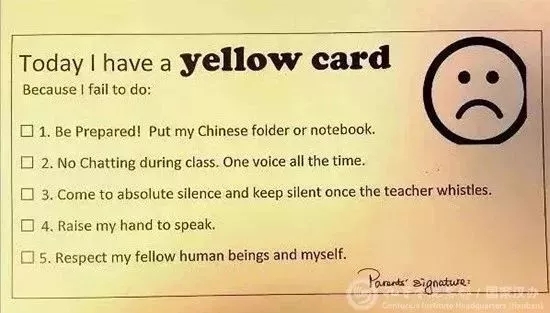 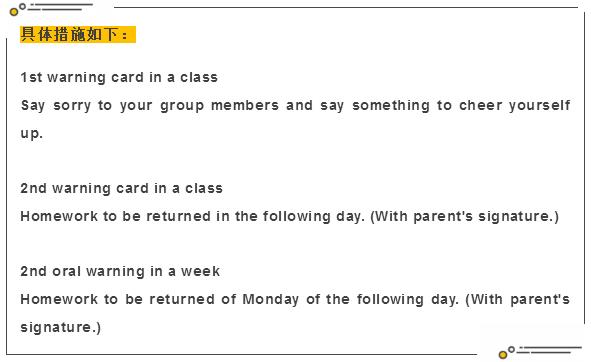 As for individual students receiving the fifth or even the sixth punishment, I will analyze specific problems and follow up and deal with them until the students' behavior is corrected.


I insist on a reward and punishment, punishment is necessary, the same. If you make a mistake, you must pay the corresponding price, which has nothing to do with whether a teacher is tolerant enough to students. As mentioned above, tough love is a kind of responsible behavior, because being responsible and strict is a kind of love.


Therefore, especially for the students who disturb the order of the class, I will not take unreasonable ways to punish these students who make mistakes repeatedly, but I will punish him in a more operational way, at least let him feel knowingly repeat the mistakes, repeated indoctrinate will make him very troublesome.


For example, he often needs to go to the office with me and finish the homework I assign him to make up for wasting time in class. Gradually, he felt that making mistakes was not so exciting, but rather troublesome.


, of course, as previously mentioned, or run the flag, so, in this way students "transform", to make use of dialogue with the students the opportunity to enlighten students, for example, I recently for a regular talk loud in class, students of punishment, let it to the location specified sitting alone in me, I specified learning task, and the task to be written, with static braking. Before each class, I made an evaluation, and the full score was 100. Only after I passed the grading and acceptance, could the class be dismissed. 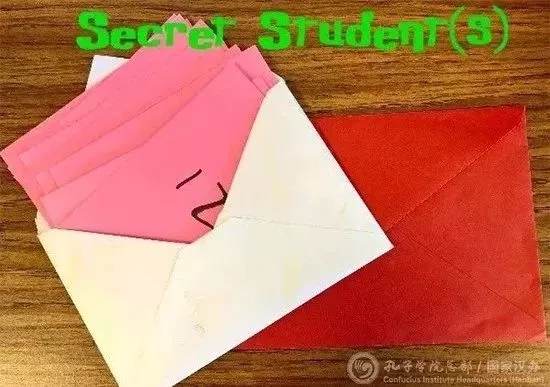 For the above reward and punishment measures, I asked the head teacher of the school for instructions. After confirming that there was no conflict with the relevant system of the school, they were fully implemented. Until now, they have been continuously improved and optimized. Another trick I learned from native American teachers was "secret student (s)", which was combined with compliment letters and warning CARDS. In other words, two "secret students" were selected for secret evaluation before each class.

This is done by writing the Numbers from the student list on a card, putting them into a white envelope, stuffing two CARDS randomly from the white envelope into the red envelope before class (no public information is allowed), and then starting the class.


Notified before open the red envelopes, red envelope number corresponding to the students, to evaluate their classroom performance, as long as adhere to the five basic principles that qualified, issue testimonials as a letter, otherwise, issue a warning card, comparison of the five basic principles, congratulations on received testimonials as classmates, to point out students who receive a yellow warning card is insufficient, to lead the good classroom behavior.